How the Democratic Process Will Change 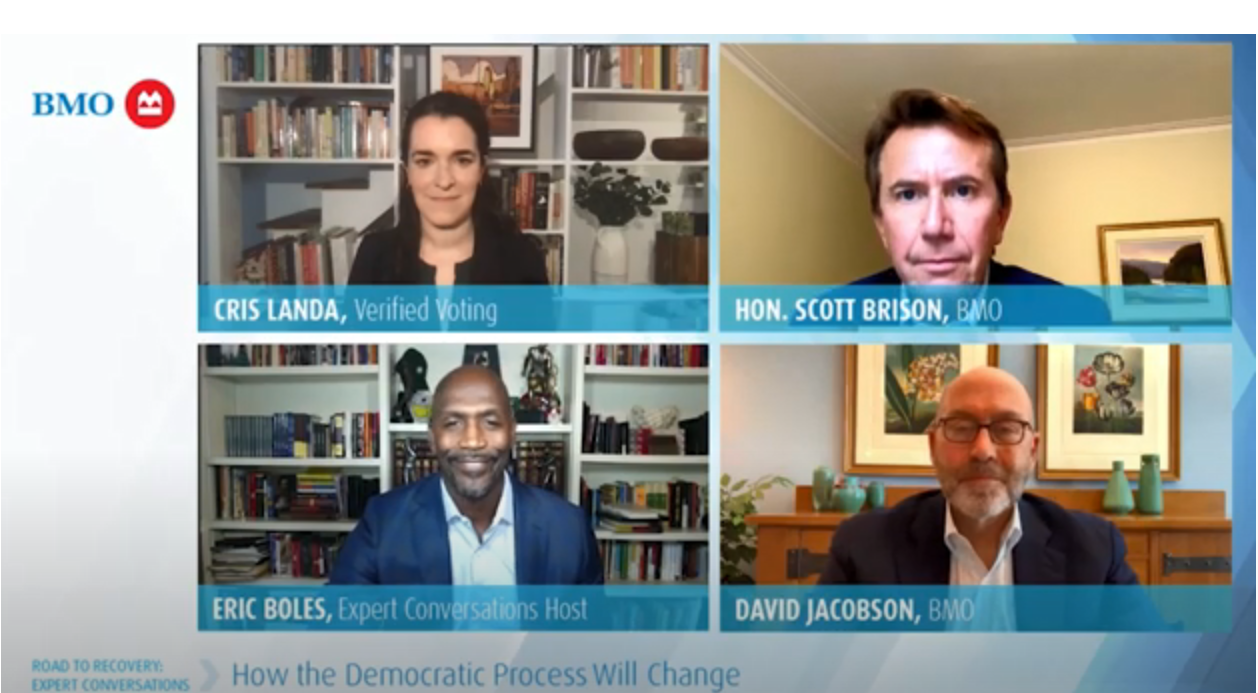 One thing is clear: this election season is like nothing we’ve ever seen. We’ve already had virtual presidential nominating conventions. Election Day (and the aftermath) in the U.S. will almost certainly have a different feel. Beyond the candidates and the issues, the way citizens are making their voices heard has changed. But what are the long-term implications for campaigns and elections once COVID-19 no longer leads the headlines?

On our latest episode of The Road to Recovery: Expert Conversations, host Eric Boles spoke with three experts about how the democratic process will change. Our panelists for the discussion were:

Following is a summary of their conversation. (Click here for a transcript of the video.)

A Different Type of Election Day
Given this year’s unique circumstances, determining the winner will likely take longer than usual. The pandemic has increased demand for voting by mail. It’s a topic that’s been surrounded by controversy, but Landa pointed out that it’s a system that’s been around since the Civil War and has been proven to be safe and anonymous. But Jacobson noted that voting by mail on an unprecedented scale will lead to other consequences.

Even the Electoral College process itself may change. It’s well known that winning the presidential election requires a candidate to win 270 electoral votes. Landa noted that Dec. 8 is what’s known as the end of the “safe harbor” period—the day when states are assured their presidential election results won’t be challenged in Congress. Members of the Electoral College are then scheduled to meet Dec. 14 in their state capitals to cast their votes.

“It's not something that people typically talk about, but this year the election is different and it's going take longer to count those votes,” she said.

In August, Sen. Marco Rubio of Florida introduced a bill that would extend the safe harbor deadline to Jan. 1, 2021, with the meeting of electors occurring on Jan. 2.1

Canada is also adapting to the new realities. It’s experiencing an uptick in mail-in ballots for the New Brunswick provincial election on Sept. 14. In the event that the country’s minority Liberal government loses, a snap federal election could be called in the fall instead of the next scheduled vote in 2022. Elections Canada is proposing a plan that would include a two-day voting weekend instead of the traditional Monday vote for a possible general election.2

Ultimately, Landa said the mantra for tabulating results should be “accuracy over speed.”

A Digital Election Future
Given the controversy around voting by mail, there’s been a lot of talk about online voting as the method of the future. Landa  cautioned that the technology isn’t robust enough to ensure both the security and anonymity required.

“Cybersecurity experts and computer scientists are nearly unanimous in saying that we are not there yet in terms of security,” she said. “It’s just way too risky.”

Brison, however, believes that online voting will have to be an option in the future. While the U.S. election has implications across the globe, Brison said developing a secure online voting system would benefit other nations as well.

“Obviously accuracy is critical and the integrity of the system is critical, but so are people having access to the system and increasing the level of participation,” he said. “I do believe that in time, digital participation in elections, including digital voting, is the future. I think countries and organizations that run elections in countries ought to be focused on how to develop the integrity, the security and the safeguards—including anonymity—of [online] voting systems. That should be a part of a focused effort by countries in a multilateral sense, because all democratic countries benefit would benefit from advancement in this area.”

Brison added that adopting new voting technologies will be essential to keeping younger citizens engaged in the democratic process.

”Young people today are doing everything digitally,” Brison said. “They’re part of a Netflix nation and we’re asking them to participate in Blockbuster elections in terms of the technology.”

Fostering Active Engagement
Ultimately, the democratic process works best when more people are engaged. Jacobson pointed out that While mass media and social media have only intensified an already polarized environment. “That's a challenge for political parties and representatives who are actually interested in nation building as opposed to exporting differences,” he said.

For Landa, that means learning from the examples of states with high turnout rates among younger voters. “Things like online voter registration—there's a lot that can be learned from states that have higher turnout than others and to take those learnings elsewhere.”

Landa noted that while she keeps up with her local representatives on social media, she also wants to make sure her vote is counted—even if that means using somewhat antiquated methods. “I think young people can engage while still wanting it to be secure,” she said.

Brison believes that type of digital-analog mix is the way forward for developing a new generation of engaged voters. “We have an opportunity to engage more citizens in a genuine way in terms of shaping the policies that govern our countries,” he said. “But the system only works if individual citizens get involved, ask questions, and participate earnestly and actively.”

Be sure to learn more about our future episodes here.

Listen to the podcast: 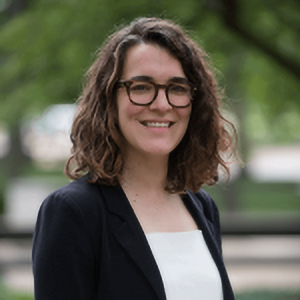 Cris Landa is Verified Voting’s Program Director. Cris became passionate about the mission of Verified Voting when she worked as a poll worker in Detroit in...(..) 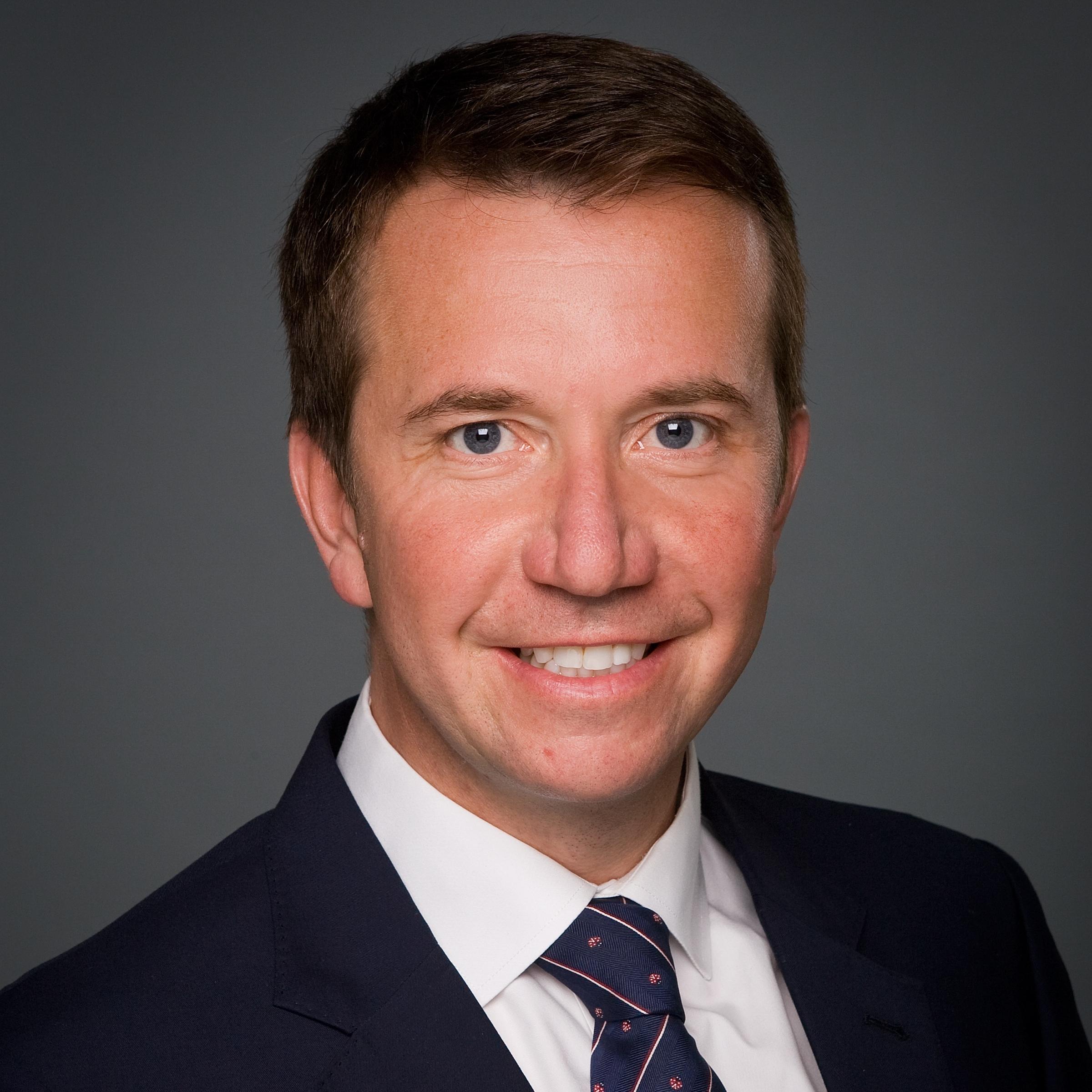 The Honourable Scott Brison joined BMO as Vice-Chair, Investment & Corporate Banking in 2019. As an elected Member of Parliament, Scott served the constituenc...(..) 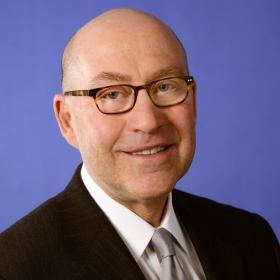 David Jacobson became Vice Chair of BMO Financial Group in October 2013. In this role he is responsible for driving business across all lines, including Capital M...(..) 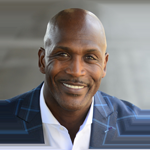 CEO and Founder of The Game Changers, Inc.

Keeping a Pulse on Your People 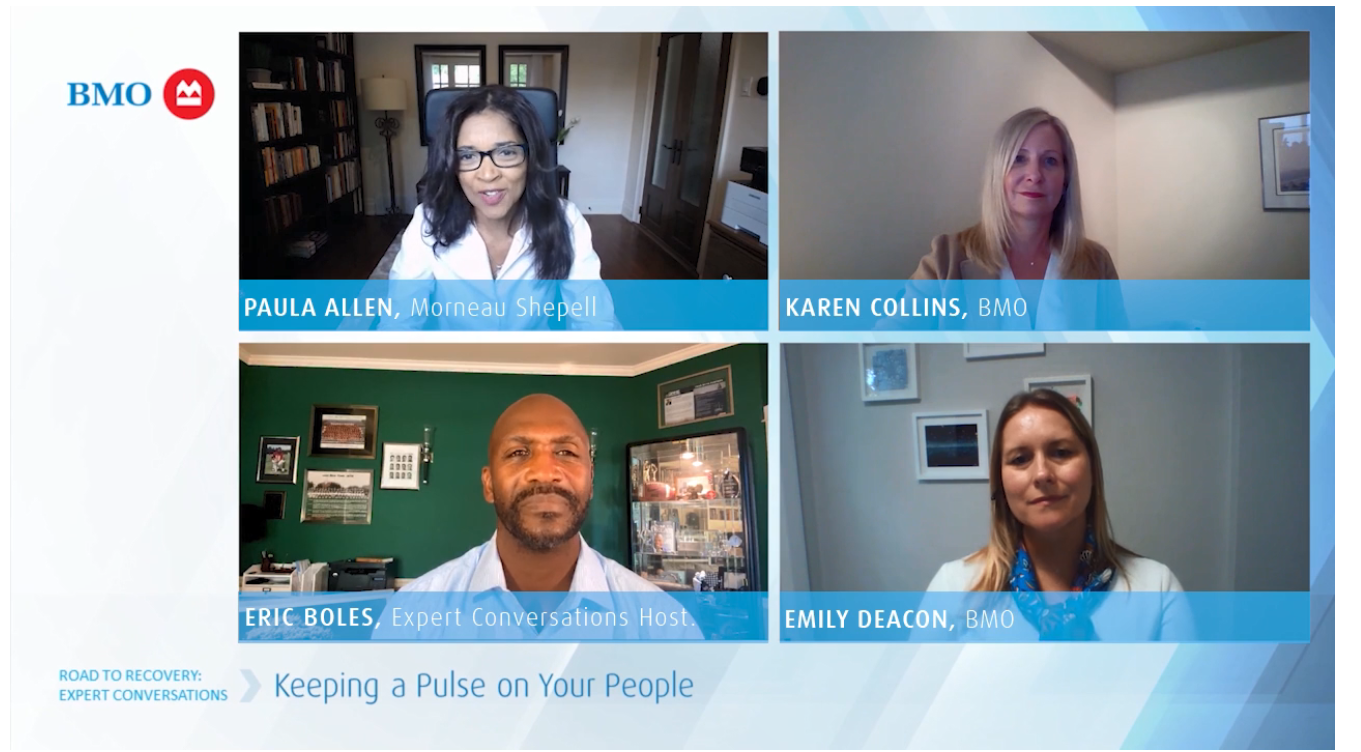 The stress employees have been feeling has been on the rise over the past 5-10 years. The events of 2020—the COVID-19 pandemic, racial tensio...

The Rise of Virtual Learning 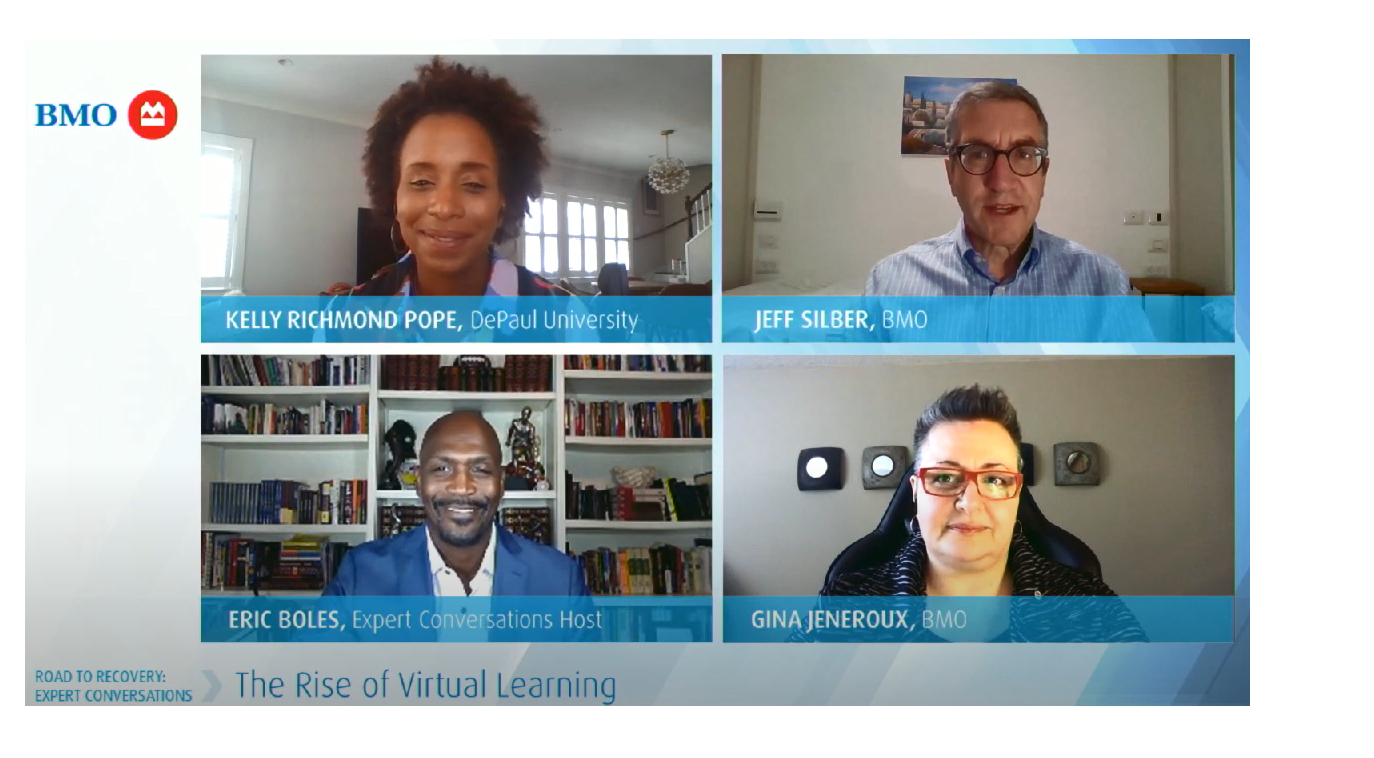 The sudden transition to virtual classroom instruction has been one of the most significant COVID-19-related disruptions. The education system has ... 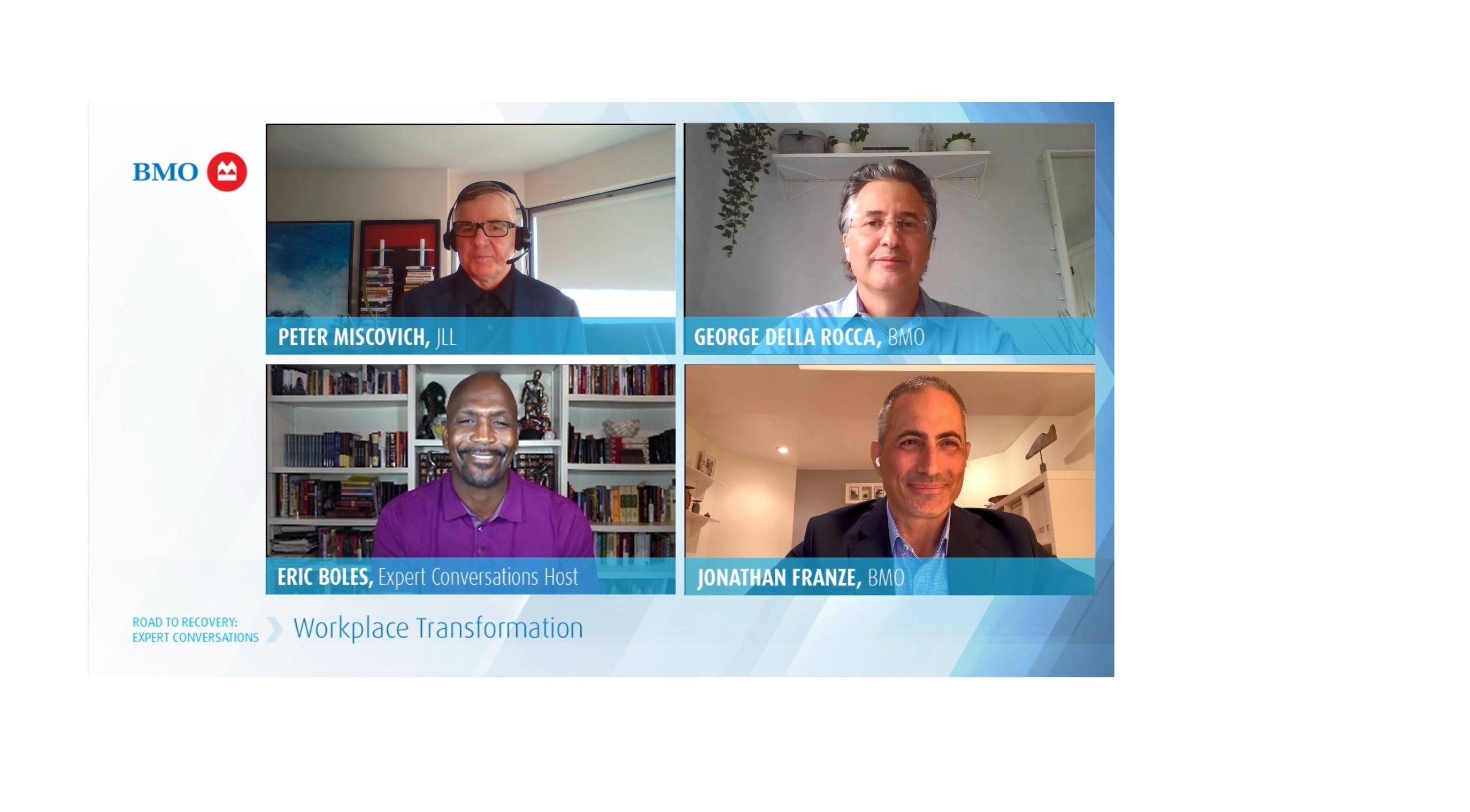 The workplace as we knew it is over. Social distancing will be the new normal for the foreseeable future, and changes are coming regarding where em... 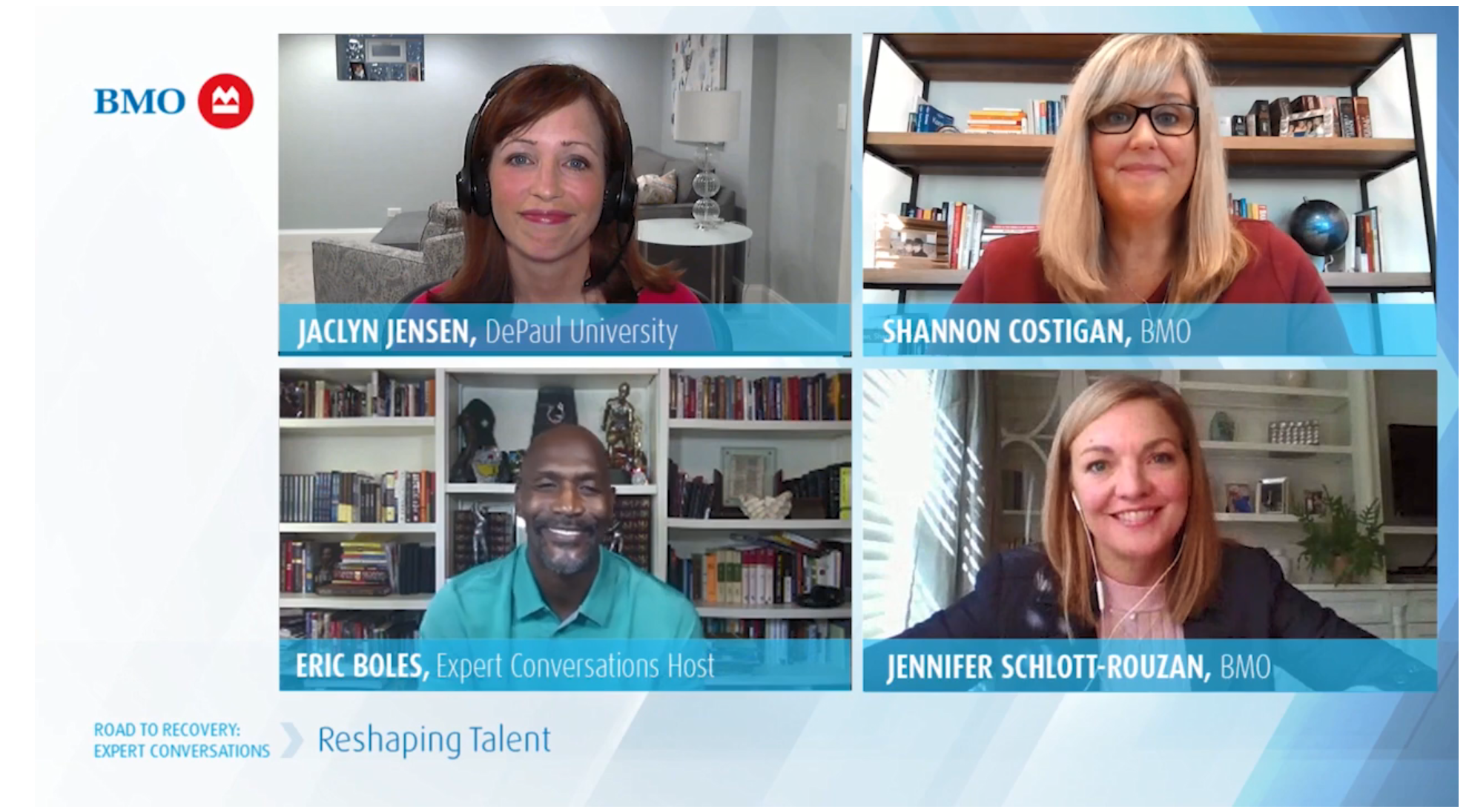 The COVID-19 pandemic changed the way many of us performed our jobs. Meanwhile, events surrounding racial injustice put a spotlight on how bus...

How Everyday Life Has Changed 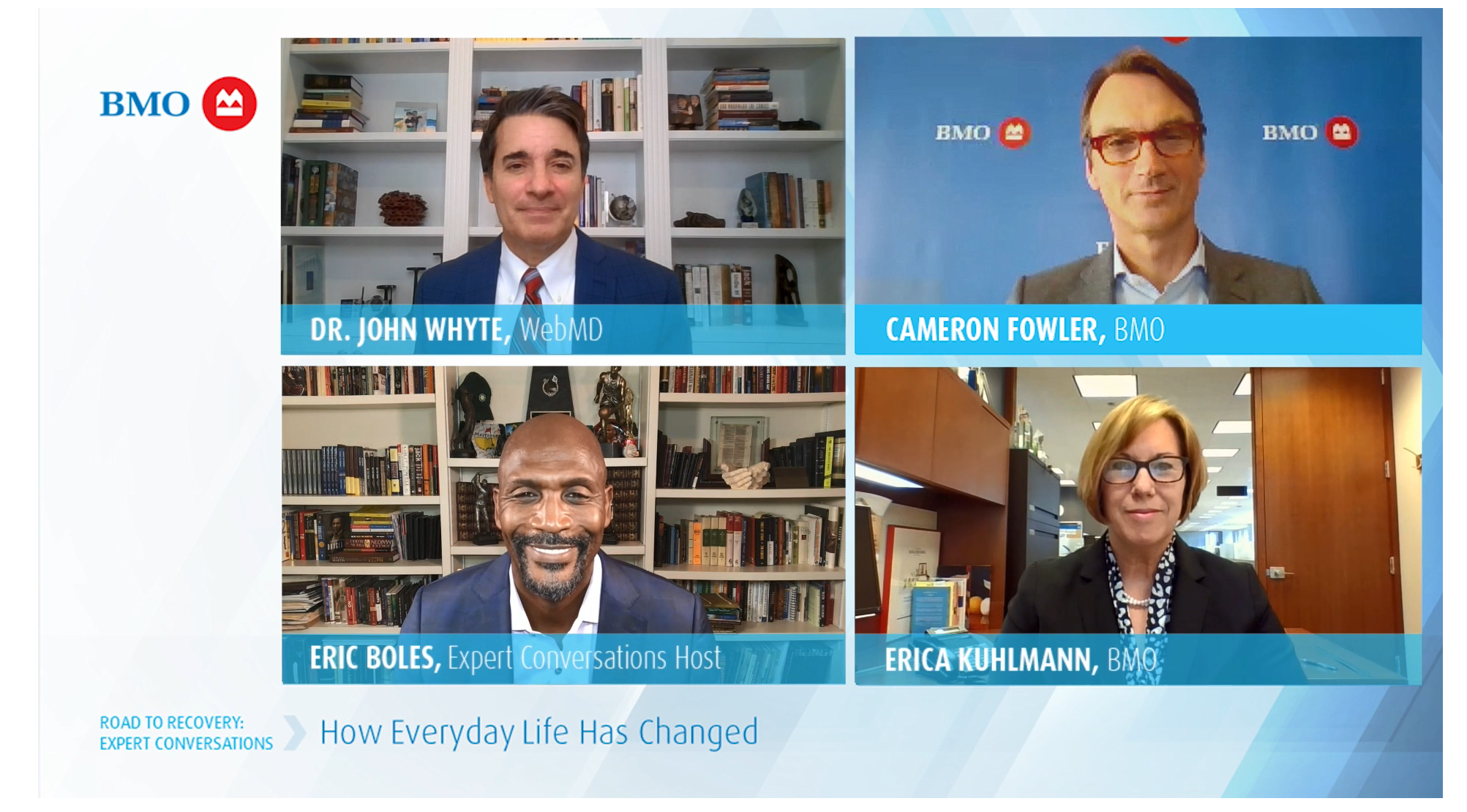 The pandemic has altered just about every aspect of our lives: how we interact with people, how we work, how we shop and how we bank,&nbs...

In this series we unpacked how 2020 has changed the way we live and work forever. We compared pre-2020 life to what we’ve learned throughout ... 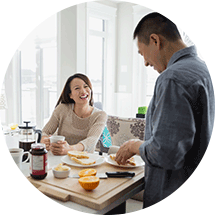 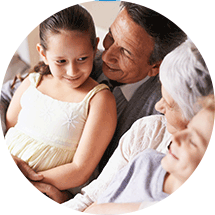