As the negotiations wrap up at COP26 in Glasgow, Canada and the world stand at a precipice. If we want to limit global warming below 2ºC by 2100, the action required to get us there is still at odds with the commitments made over the last couple of weeks. According to the latest report from the United Nations Environment Programme, the world has committed to only about half of the required reduction in greenhouse gas (GHG) emissions consistent with the Paris goal (well below 2ºC). Now, there is still reason for cautious optimism: when you factor in the latest net zero promises to come out of COP26 (e.g., India by 2070), the world would close much of the gap between its climate ambition and the actions required to limit warming below 2ºC. However, many of those pledges were sparse on the details. For instance, India made a commitment to provide 50% of its power through renewable sources by 2030, but didn’t offer much of a road map—a tall order in a country where nearly 91% of its electricity was generated using fossil fuels in 2019. The U.S. and China also issued a joint pledge to lower emissions this decade, but offered little substance. Put another way, GHG emissions were estimated to have fallen globally by around 7% in 2020— a year in which more than 4 billion people were in strict lockdowns at some point—and now, to be on track to reach net zero emissions by 2050, we’ll need to do that every year from here on out. So the details really matter.

To get us there, the finance industry has taken a major step. On November 3, former Bank of Canada Governor Mark Carney announced that he has secured commitments from institutional investors (including the six major Canadian banks) with a total of US$130 trillion in assets to the Glasgow Financial Alliance for Net Zero. While that commitment exceeded its US$100 trillion goal and clearly signifies that the private sector is prepared to provide the funds necessary to get the world to net zero, the other major financial objective of the conference to provide US$100 billion to assist developing countries fell US$20 billion short. Those funds are meant to help transition their economies away from fossil fuel use. Though the commitment from large asset managers is an important step, transitioning developing economies away from relying on coal-fired electricity is a much more cost-effective way to lower global emissions. We’ll need to make use of every cost-saving advantage to transition the global economy away from carbon-intensive activities to limit both the environmental and economic consequences of climate change.

For those keeping score, Canada made a number of new climate policy commitments in the lead-up to COP26 and during the conference. These include:

Even with the new commitments, Canada still comes up short on the action required to bring 2030 emissions consistent with net zero by 2050. Emissions would likely have to fall 12% further by 2030 than the Glasgow target. When it comes to finding areas of the economy that are likely to have to shoulder the added burden, oil and gas and transportation are at the top of the list. Together those two sectors comprised 52% of emissions in 2019 and have been the main contributors to Canada’s rising emissions since the early 1990s. Any path to net zero in Canada cuts straight through them.

COP26 brought a mix of hope and disappointment for the role that the transport sector is set to play in the transition to net zero. In most developed economies, the major automakers have committed to pivoting to ZEVs in time for 2035; however, they stopped short of making the same pledge globally by 2040. Shifting from conventional vehicles to ZEVs across the globe isn’t so simple. There are a number of network effects that make it difficult for producers to be the first movers. For instance, Canada will need to develop a parallel infrastructure of charging stations to match the nearly 12,000 gas stations we currently have and doing so requires a mix of public and private investment that would need government coordination—something the federal government has only nominally pledged to do. For Canada, the required transition in the transportation sector will largely be positive. Manufacturing in Ontario and Quebec are already benefiting from new investment and with significant hydroelectric and other renewable resources, both provinces are well-positioned to take advantage of the transition.

For the oil and gas sector, the implications of Canada’s current commitments suggest that some production slowdown is inevitable. More cost-effective carbon capture, utilization, and storage technology could provide a buffer against production cuts, but the current regulations on large emitters in Alberta provide fewer incentives for producers to mitigate emissions at existing carbon prices compared to the previous system. There are pathways to get Canada to its new target that don’t require taking an axe to Canada’s oil and gas production, but it would require dramatic investment into making buildings, electricity, waste, and transportation greener over the next nine years. If we can cut emissions by at least 75% for buildings (12% of emissions) and electricity (8% of emissions), 50% in transportation and waste (7% of emissions), and 25% in heavy industry, then the oil and gas sector would have to shoulder only a 20% cut in emissions by 2030 to reach our Glasgow target. The more that progress is limited in those other sectors, the more we would have to rely on production cuts to fill the gap. With no details on when or what any cuts to production would look like, the sectoral analysis suggests that it’s hard to imagine a scenario without at least a modest hit to production by 2030.

A National Challenge with Regional Consequences

Around 6.5% of GDP in Canada (pre-pandemic) came from oil and gas extraction and related support activities, but in Alberta that same figure was nearly 19%. The distinction highlights that while climate change requires a national response, it has serious regional implications. The Prime Minister acknowledged as much in his remarks at COP26 as he committed to cap oil and gas emissions: “That’s no small task for a major oil and gas producing country”. The concentration of the oil and gas sector primarily in the Prairies shows up in the regional emissions patterns across provinces. Despite being less than a third the size of Ontario, Alberta emits 100 megatonnes more of CO2 equivalent than the largest province in the country. Hence, it’s clear that oilproducing provinces will have to bear a disproportionate share of the burden in cutting our emissions. The differences in provincial emission trends suggest that there isn’t one path to lowering Canada’s emissions, but instead it will require different adaptations, innovations, and sacrifices across provinces. In particular, the federal government will need to play an important role in making sure that the transition away from intensive fossil fuel use works for all Canadians. That will likely mean providing more support to provinces such as Alberta and Saskatchewan than the rest of the country.

One area where these regional gaps stand out is in the electricity sector. Canada doesn’t have “an” electricity sector, it has 13 idiosyncratic ones. The biggest cleavage is between provinces and territories with major hydroelectric resources and those without. Provinces lacking hydroelectric resources tend to have a much higher share of fossil-fuel based electricity generation. Luckily, most provinces that rely on fossil fuels are often reasonably close to a major hydroelectric producer. At the moment, the incentives don’t always align to coordinate electricity supply across provinces. Market structures differ, which can complicate who benefits from buying and selling electricity across provincial borders. Building linear infrastructure has also become rather contentious of late, but this is where there is scope for the federal government to play a role in better coordinating national electricity resources to achieve our climate policy goals. It will be impossible to achieve our 2030 climate ambitions without such coordination, as providing baseload power alternatives to coal and natural gas within the required timeframe will be challenging unless provinces opt to reinvest in nuclear generation capacity—a measure at odds with recent trends.

Data from the Insurance Bureau of Canada show that for nine of the last ten years, the insured payouts for catastrophic losses have exceeded $1 billion compared to an average of $400 million in the 26 years prior to 2009. To prevent further escalation of climate damages, households and firms need signals that help them shift to less carbon-intensive activities over time. While the proposed carbon price schedule in Canada (if enacted) is largely consistent with a net-zero pathway up to 2030, there is still a fair bit of uncertainty over where that policy lever is headed beyond 2030 as well as the scope for it to fully apply to carbon-intensive sectors. Canada’s carbon price would likely have to reach more than $600 per tonne of CO2 equivalent by 2050 (in real terms) to be consistent with a net zero economy. The current policy schedule offers no guidance on carbon pricing after it is set to reach $170 per tonne (in nominal terms) by 2030. Currently, we shield our more emissions-intensive sectors from the full cost of the carbon levy, but to meet our climate goals, that will have to change by 2030. One mechanism to achieve that ambition is through a carbon border adjustment tax. However, with the U.S. still without any kind of national carbon price, it will be difficult to move ahead without coordinating with them. Failing to do so will be costly, as divergent net zero policies will impose much more severe economic costs (e.g., carbon prices would likely have to be 2.5 times as high by 2050) on mitigating countries than a coordinated global effort.

Bottom Line: With COP26 in the rearview mirror, Canada faces a difficult transition ahead. The costs and benefits associated with abating GHG emissions are diffuse. In order to limit policy uncertainty and negative economic consequences, a larger role for national coordination across a number of sectors of the economy will be required. 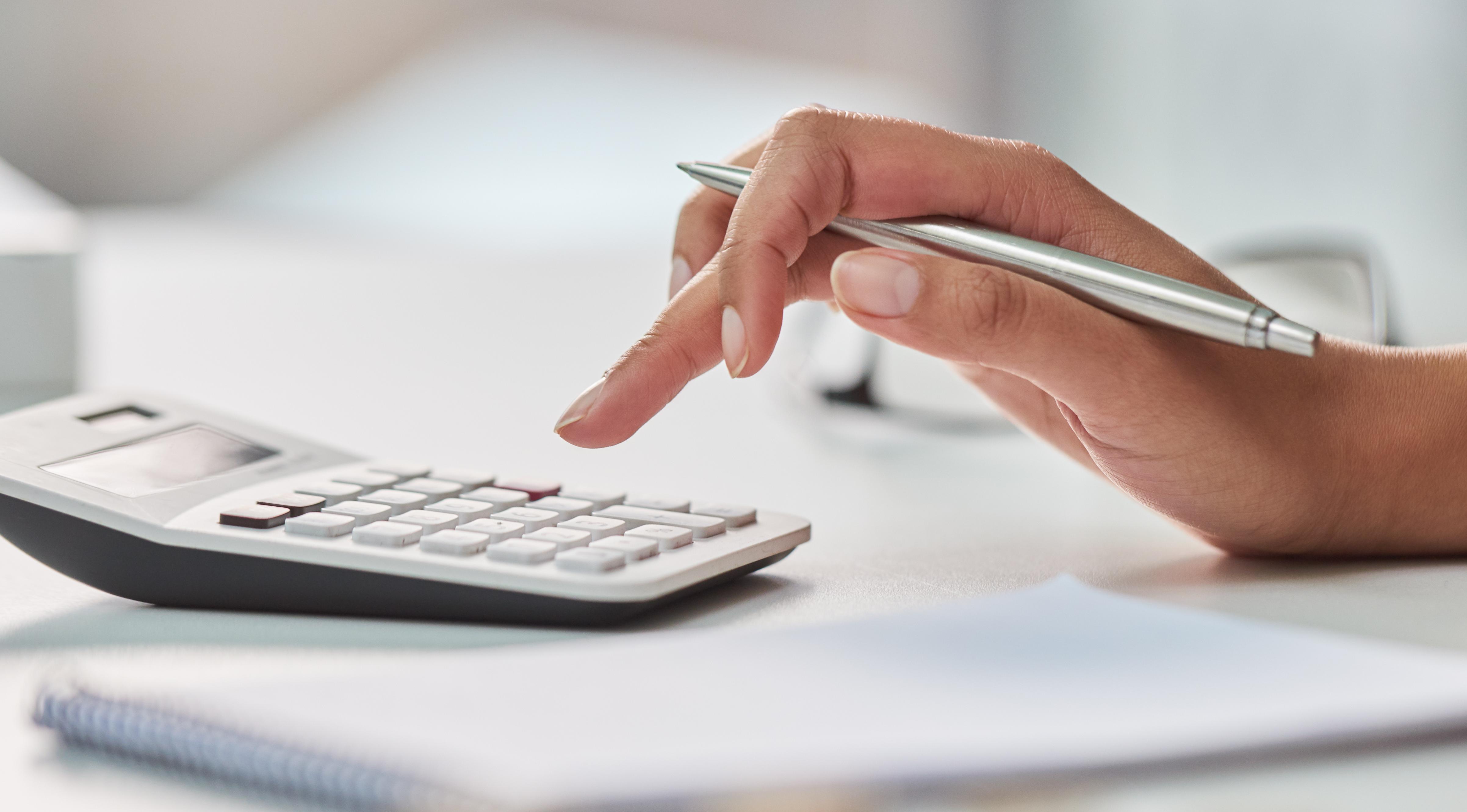 Mortgage choices are always a personal financial-planning decision, but there is a real risk that rates will begin to move up sooner than most have...